Quarry Vs Ellis-Apr 27th, 1968 Oakland
This fight was the final of the 8 fighter elimination tournament to decide the new WBA champion after Muhammad Ali was stripped of his title. Jerry Quarry was coming into the final after beating Floyd Patterson over 12 rounds and then defeating the #1 ranked contender Thad Spencer by knockout. Jerry had a 26-1-4 record with his only loss coming to Eddie Machen 10 fights earlier. Jimmy Ellis was getting his chance after a knockout win over Leotis Martin and an impressive 12 round decision over tough Oscar Bonavena. Ellis had a record of 24-5 with 10 straight wins. This fight was for the title, let's see who came through.

Round 1- Both fighters trying to establish their wills. Ellis lands a clean right to Quarry's chin. Quarry with a sneaky right and left to the body. Not many telling blows landed this round.
Even Round- 10-10 even

Round 2- Ellis starts with a nice one-two combo. Quarry fires an uppercut, but he's cut!, small cut over Quarry's right eye. Ellis lands a nice left hook, Jimmy controlling the action here in this round.
Ellis Round- 10-9  (20-19) Ellis

Round 3- Ellis lands a nice right to open the round. Quarry not forcing the action enough like he should. Ellis moves forward then stops, the crowd boos. Jerry was trying to set a trap. Ellis lands another right, followed by a Quarry hook to the body. Ellis Round- 10-9  (30-28)

Round 4- The fighters come out and the crowd boos because of the lack of action. Ellis jabbing, Quarry doing nothing. Ellis jabbing real well and he lands a nice right hand to Quarry's Chin.
Ellis Round- 10-9  (40-37) Ellis

Round 6- Nothing happening early in the round. Quarry digs to the body and looking good now. Still a slow paced fight, actually a terrible round nothing happening at all, Quarry lands the only actual punches.
Quarry's Round- 10-9  (58-57) Ellis

Round 8- Quarry still giving too much room to Ellis. Ellis is effective with jab. Quarry digs a few body shots but is countered by a nice Ellis right hand. That right hand is working well for Ellis.
Ellis Round- 10-9  (78-75) Ellis

Round 9- Quarry needs to get to work his corner yells. Ellis lands another right, and another. He's winning on that punch alone. Ellis looking confident now and scores with another right. Quarry lands a left to end the round. Ellis Round- 10-9  (88-84) Ellis

Round 10- Ellis jabs and misses. Ellis lands a sneaky right, Quarry is not getting off and looks stiff. Ellis lands another right hand, Quarry just not landing any good punches. Ellis is building a lead now.
Ellis Round- 10-9  (98-93) Ellis

Round 11- Ellis uses the jab well, Quarry not punching much. Ellis lands a clean right hand to Quarry's jaw. Quarry comes back and lands his first flurry in some rounds. Quarry moving forward better in this round. Even Round- 10-10  (108-103) Ellis

Round 12- Action speeds up with Quarry moving forward. Jerry lands a nice right followed by hooks to the body and the head. Quarry getting more busy and wins the round with his aggressiveness.
Quarry's Round- 10-9  (117-113) Ellis

Round 13- Ellis lands a nice right hand, Quarry comes back with his best left hook of the fight and Ellis is wobbled. Big rights exchanged from both fighters. Quarry digs in body shots to Ellis mid-section. Ellis fires a right hand home. Quarry's Round- 10-9  (126-123) Ellis

Round 14- Quarry moving forward now. Ellis is holding but still jabbing fairly well. Not much action here. Ellis lands a good right and Quarry digs shots to the body of Ellis. Close round here, both fighters landing equal blows. Even Round- 10-10  (136-133) Ellis

Round 15- Quarry moving forward, Ellis boxing backwards. Quarry staying more busy and lands a nice left hook. Both fighters are a little winded and missing more punches this round. Quarry is pushing the action and Ellis is holding a lot. Quarry's Round- 10-9  (146-144) Ellis is my decision or 7 rounds to 5 rounds.
Official Decision in rounds
6-6 even
10-5 Ellis
7-6 Ellis
Jimmy Ellis wins the majority design. Ellis-M Dec 15 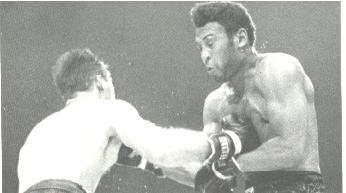 I have heard since this fight that Jerry Quarry had a cracked vertebrae in his back before the start of the fight which slowed him down. This wasn't a very aggressive Quarry which is very rare, but Ellis has underrated punching power which might have made Jerry think twice about coming in fast. Jimmy Ellis was the champion of the world, or at least 45 states. There were some boxing councils that thought Joe Frazier was the real champion and they would have a chance to settle the score in the future. Jerry Quarry never got another World Title fight although he was a top 5 heavyweight for the next 7 years. I really think Quarry was the better fighter, but styles make fights and Quarry never got inside enough to tire Ellis out. 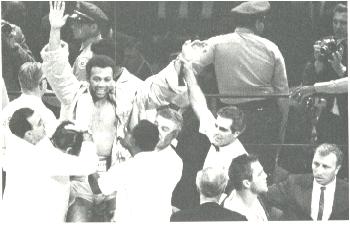 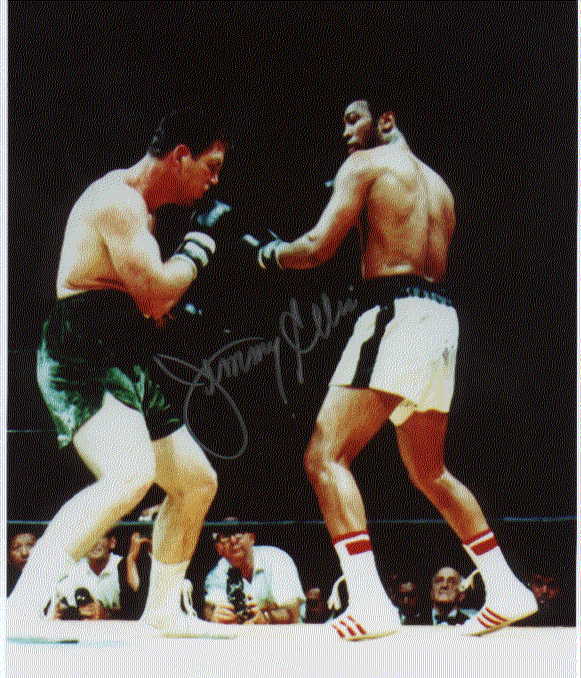